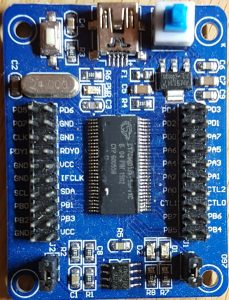 I recently purchased a Geeetech (clone/knockoff) off ebay for a small $5, and wanted to test its functionality for use with my Flight Sim devices. The CY7C68013A is the same chip used in the Salae logic analyzer (and ripoffs), so figured it should have pretty decent performance.

Despite being used in quite a number of logic analyzer type projects, I couldn’t find any decent beginner information for it, so this will try and fill the gap; especially for windows users.

This first part post will describe settings up the environment, and the second post will delve into the features of this dev board and chip.

The chip board presents 20 GPIO ports (With 2 interrupt pins), a i2c bus, dedicated USB pins, and a couple of ancillary pins. Its work noting that the 56pin SSOP doesn’t have a serial port, which is a bit disappointing.

The board itself has 2 LEDS, D1 and D2 attached to the PA.0 and PA.1 ports respectively. This ties up both the interrupt pins, so will only be useful for initial testing.

Programming the chip is done via the EZ-USB software provided by Cypress (Or its open-source equivalent which only seems to be available on linux). The software can download a compiled .hex file directly to the RAM of the chip (Lost after reset), or the EEPROM provided and accessed via the i2c port. Data on the EEPROM will survive resets, but the chip must be disabled by adding J2 on the board before trying to reprogram it again. 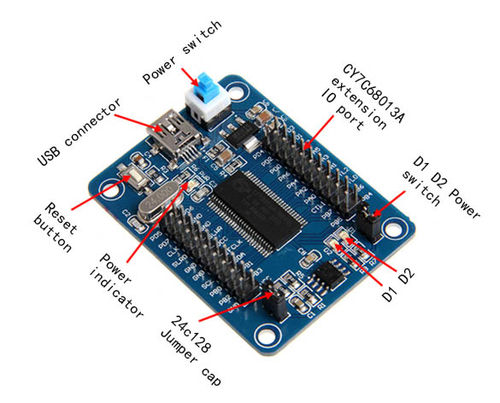 Installing Software and Setting up Environment

Setting Up Eclipse and Importing Code

I’ve taken the code base from there, removed whats not needed and modified it to suit the Geeetech dev board. I’ve renamed the library to ‘gtfx2lplib’ 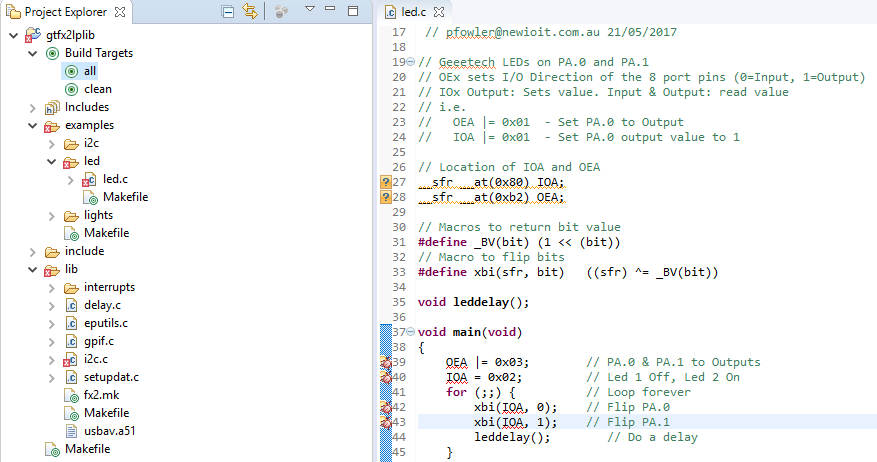 Now we just have to build the code, and upload an example to the dev board. The below will write the code to the RAM, which will be lost after reset.

Here is the code use for the ‘leds’ example. It deliberately doesn’t use the gtfx2lplib files as to allow a base example of whats happening. There is also the ‘lights’ code, which uses the library itself to run its functions.

To keep your code int eh device beyond a power down or reset, the code needs to be deployed to the EEPROM. To do so:

The above procedure must be repeated each time you wish to program the EEPROM (i.e. replace the jumper, reset, remove jumper, program. I find it easier to do inital development work using just RAM, and then program the EEPROM with code when im ready to more production style testing. 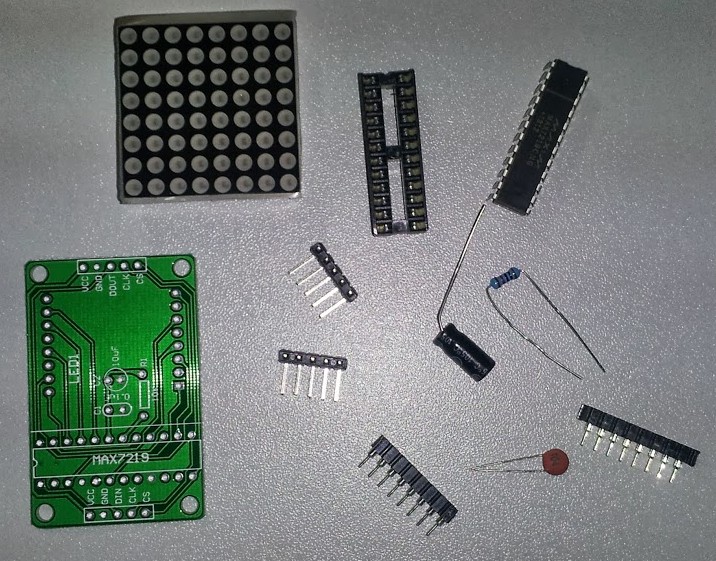 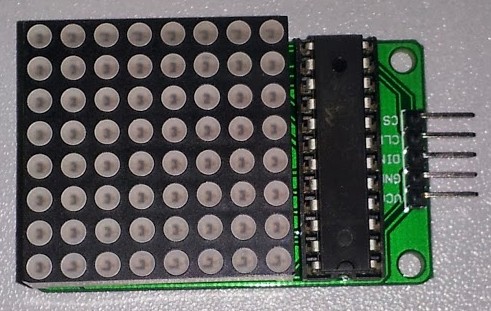 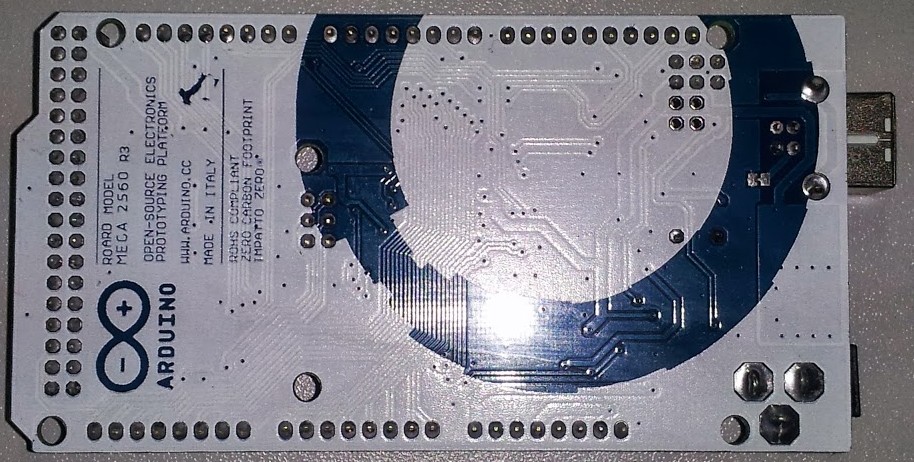 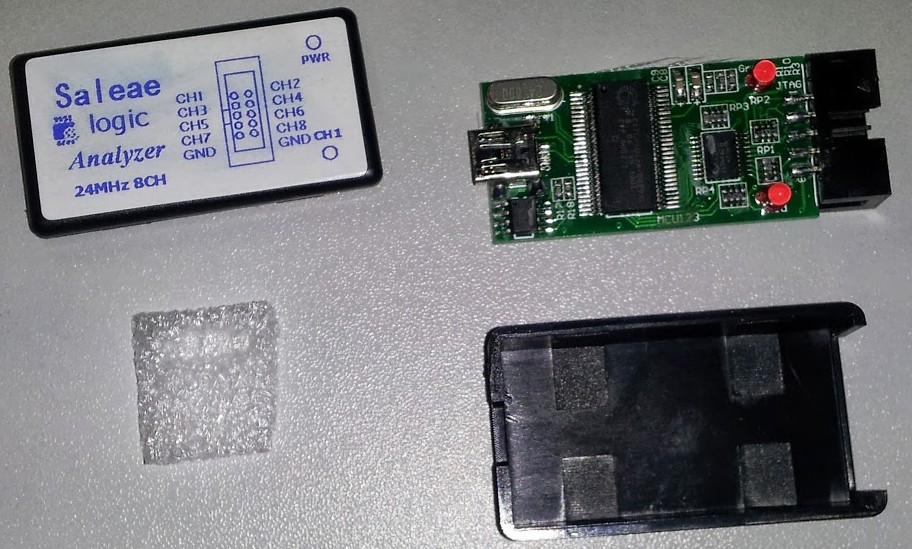 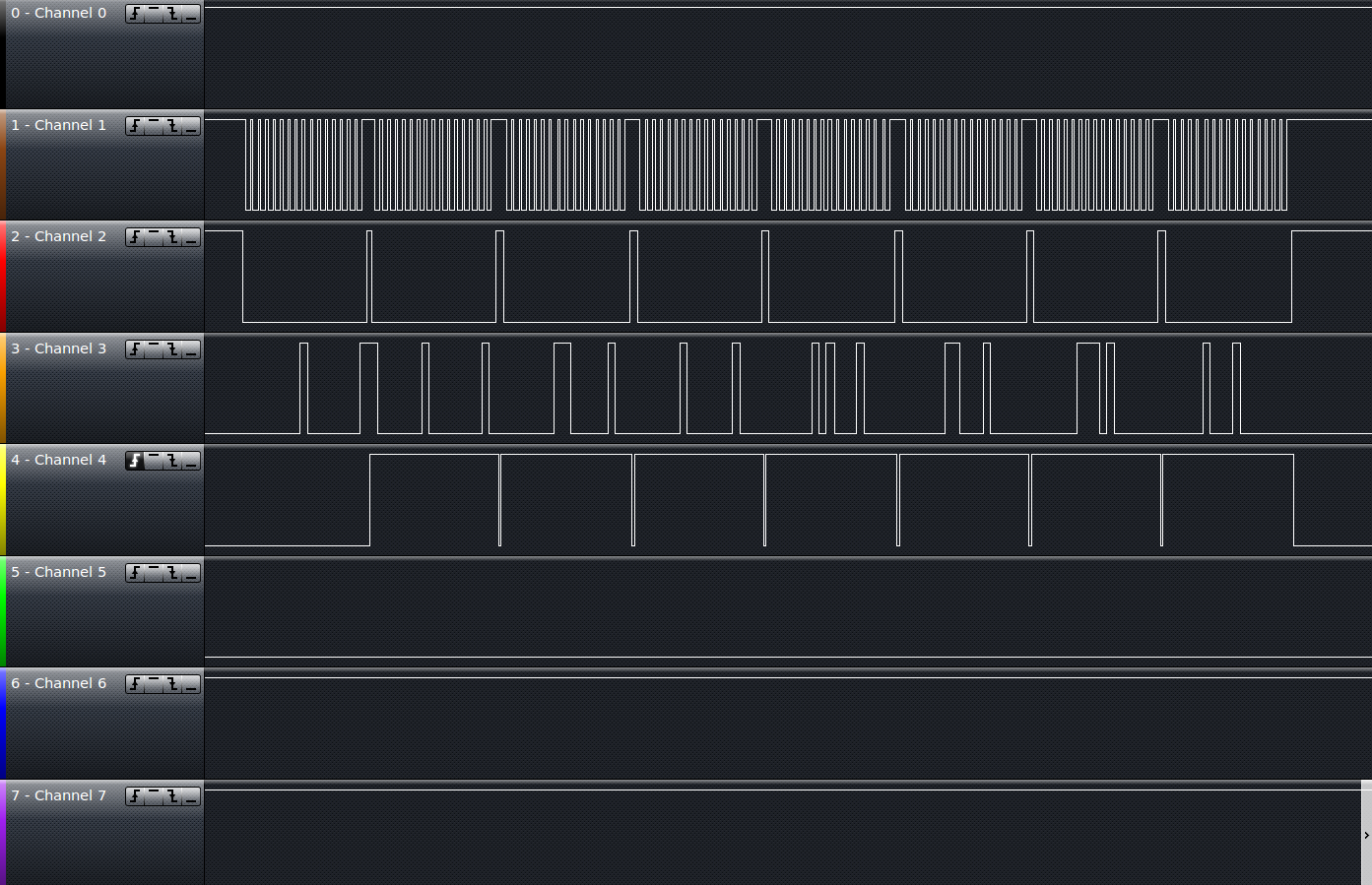 This example is about using Rotary Encoders with AVR chips. In provides a brief look at what they are, and how to use them.

While searching the web for how to use rotary encoders, I came across a number of tried methods. Nearly all of them though used the hardware interrupt pins on the chip though. As i use these primarily for USB, i could not spare them for a rotary coder (let alone if when i wanted to use multiple rotary encoders!). For this reason, i developed my own solution using the Pin Change Interrupts (PCINT). These are similar to hardware interrupts, but trigger when any of the Pins enabled to use PCINT change. It is then up to the developer to discover what pins actually changed, and what the changes are.

As usual, Wikipedia has the best definition of a Rotary Encoder:

A rotary encoder, also called a shaft encoder, is an electro-mechanical device that converts the angular position or motion of a shaft or axle to an analog or digital code.

Rotary Encoders come in many shapes, forms and output types. The simpliest rotary coder looks like a potentiometer, but is continually turnable. Other have dual shafts (or two inputs), and can come with switches in built (depresses the rotary encoder closed the circuit). Some are made to be connected to large machinery and turned via engines and what not.

The ‘analog or digital code’ describes how the rotary encoder actually encodes the information we have received via input into the rotary coders (i.e. turning the encoder). The type of output we are interested in for this example are those that output in ‘Quadrature’.

Quadrature is two signal that is 90 degrees out of phase with each other. That means that the direction of the turn can be indicated by which of the signals changed first (and the 2nd confirming the turn). The angular speed of the turn can also be indicated by the duration of the pulse. However, for this project, we are only going to look at which way the encoder is turning.

To learn more about quadrature, i suggest reading my previous post detailing how to make a Quadrature Generator.

For this example, i’ve used the ATTiny2313 chip. Any AVR will do, but you will need to update the code with the correct ports to make it work with other variants (Even the ATMega’s). The 2313 series is a cheap chip for development, but with only 2K of program memory, it seriously limits what you can do with it (Even the newly released 4313 with 4K of PROGMEM is very limiting).

The example im showing here has the rotary encoder as the input, a 3 leds as outputs. The leds function like this: 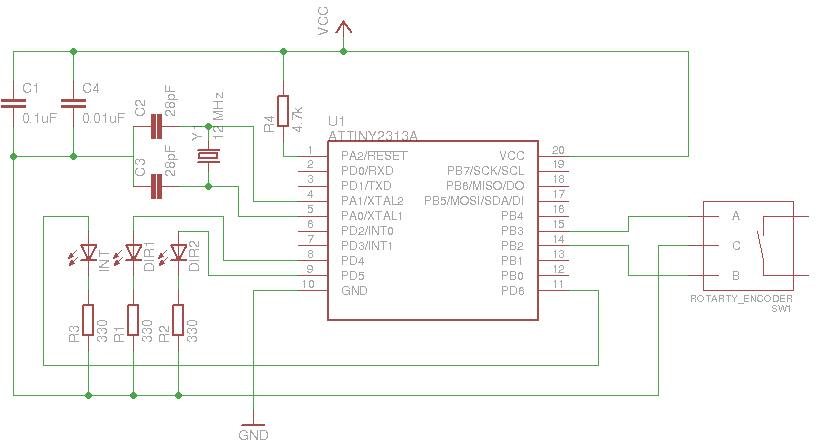 Below is the code for the example. This code can also be viewed on my SVN Repo. The avr-gcc Makefile is also available in the SVN repo.

Here are the Bitscope Logic outputs dumps for the rotary being turned in either direction. This is actually using the Quadrature Generator to provide input. This is a great way to test the rotary code, and is also great for testing how fast the MCU can detect changes. The definition of each of the traces are: 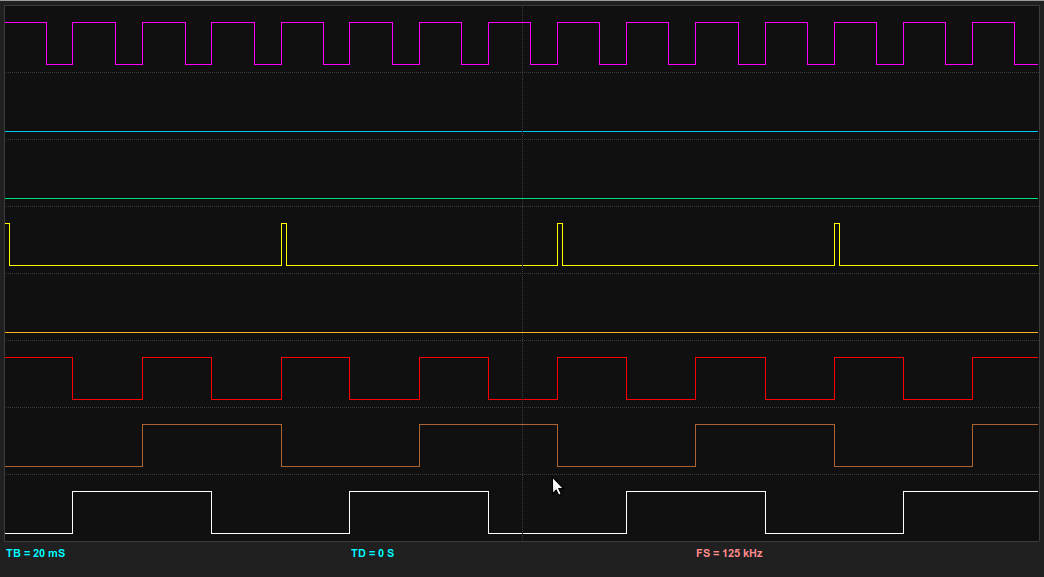 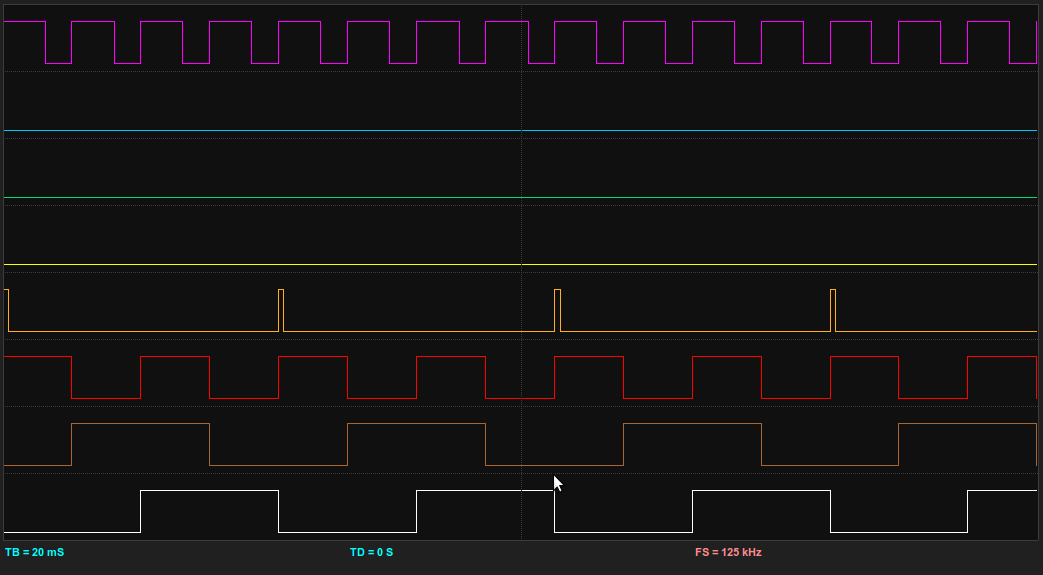